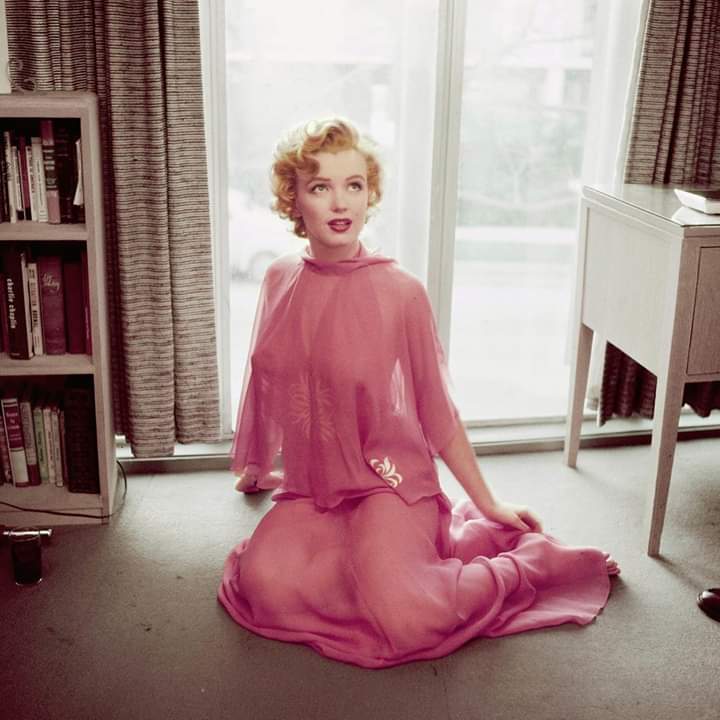 Fashion History: Think Pink! The Colour of the 1950s

(Our post has clips from two 1950s musicals. Plug in your headphones or turn your computer up loud to enjoy the songs-of-the-day.)

Hepburn was what we’d now call an ‘Influencer’ – her gamine looks Givenchy’s muse – however pink was the colour of the 1950s seen in her lighthearted film.

Pink as a colour trend

Colour trends are as important to the fashion industry as silhouettes, hem lengths or whether you wear a hat.

Pink arrived for Spring Summer of 1952 and, in one shade or another, was here to stay.

It dialled all the way up to 11, shocking pink seen on the cover of British Vogue of March 1953.

Bold, brash, oft-described as ‘hot’ it seemed a rather un-British colour but it was suited to the influence of sweater girls and super-sexy film stars like Marilyn Monroe.

Blonde was the hair colour – later it became the name of a cream coloured fabric – and pink suited her brilliantly.

For everyday women it filtered to prom dresses, diluted to baby pink.

It even appeared in the kitchen used in storage jars for coffee, tea and sugar teamed with its natural complimentary shade – grey. 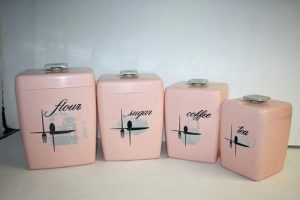 Hard to ignore pink shocked Britain out of its post-war blues and with it came an era of experimentation and change.

Electrically charged the hot pink of 1952 filtered to lighter shades for day wear, more flexible and perhaps also more acceptable in a country full of rules and social expectations about what was worn throughout the day.

Pink didn’t disappear after 1953’s Gentlemen Prefer Blondes. Its influence spread throughout the decade, seen in the Fuschias of 1957 and Peruvian Pinks of 1958.

It even appeared in the 1960s – these patent leather flats the last word in Boutique chic. 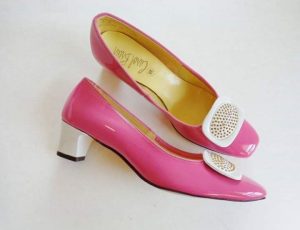 But we remember it most fondly and strongly in the fabulous Diamonds are a Girl’s Best Friend.

Marilyn Monroe wore it with panache and stunning sex appeal which is why we cannot forget her, even today.

1953. Gentlemen Prefer Blondes. Ah Marilyn. Who can forget the biggest splash of hot pink ever seen!