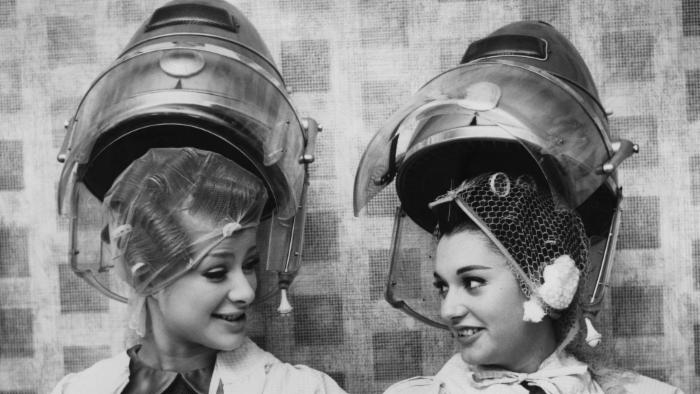 There was another “Girls! Girls! Girls!”  in the early 1960s. 1962 audiences watched Elvis swing his pelvis on the beaches of Hawaii making Return to Sender a number 1 hit.

A year before British filmmaker Michael Winner released a lesser known version of the same name. Available now on Sky Arts it is a fascinating glimpse into three girls lives in 1960 and their paths to success.

“Three very attractive girls who came to the big city Sandra, Primrose and Tanya,” the narrator introduces them one by one. Sandra’s training to be a dancer, Primrose works in Tom Hustler’s photography studio and Tanya was always going to be a model as her height, figure and chiselled cheekbones attest.

We meet them as they become flatmates in London’s Notting Hill setting out on their careers. Watching them develop we see their clothing also – a brightly coloured array of natural fabrics, skirt suits, warm jumpers, slacks and smart dresses for those interested in 60s fashion worth looking at every frame.

Sandra lands the perfect job dancing in a nightclub troupe entertaining late night audiences and also gets her man.

Primrose works an hour’s overtime for some shots which turn out very well, “you should have been a model” they say. Zipping off to Cherry Marshall’s office the famous modelling agent in a blink she’s outside a stately home doing a fun advertising photo-shoot.

If Tanya’s name rings a bell that’s because she appeared in James Bond’s Goldfinger as Tilly Masterson (the girl avenging her sister’s death).

Miss Clayton examines Tilly with a ruler running down her body; does she have a flat tummy, does she have a hollow back, the ruler tells all. In an immaculate outfit of coral pink then one of moss green she shows a room of students how to stand, lift her head and walk, “become taller,” she says.

Being a model means “going out looking better than they did when they came in” so off to Yardley they go. Matching foundation with skin tone and dabbing on rouge, the girls are taught to make-up like models until they’re ready for their first job.

Tanya’s taught how to make-up by Lucie Clayton and a Yardley artist.

Tanya’s interview is at a furrier. Models walk through the carpeted salon furs wrapped round them to advertise a sale. In the early 60s real fur was ubiquitous, it took another few years for the animal rights movement to get under way.

How to end such a journey? With an engagement of course. The three women stand hands raised to the camera fingers glistening and twinkling wearing strapless evening gowns in a final nightclub scene.

Years later we wonder what happened to each woman, Tanya’s career took off but what of Primrose Austen and Sandra Le Brocq.

Primrose worked as an actress and a model. Here’s a shot from the 1960s in a daisy-covered mini dress. 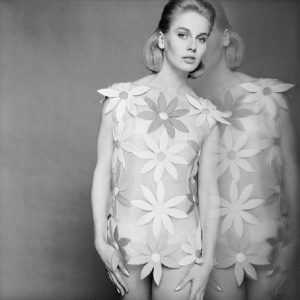 Sandra Le Brocq became a choreographer well known for her dance moves and Tanya we know about – she joined Sean Connery on screen.

Through the lens of Michael Winner we get to know them, their lives and what it was like in 1960 having a modelling career.

Lucie Clayton in 1950: now you’ve watched Girls Girls Girls film, you can see how modelling changed in the decade between.