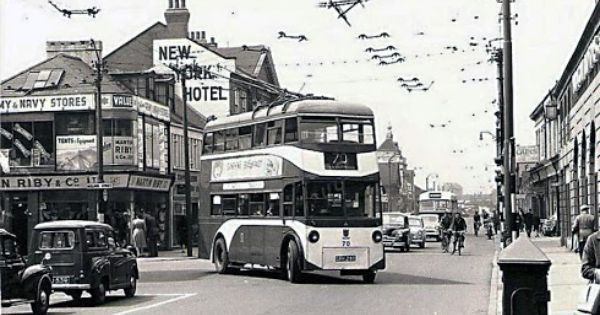 Hull History: The 1950s and 1960s were Glamorous Times at the New York Hotel

Anlaby Road runs behind Paragon Station, unmissable because the Tower Cinema, one of Hull’s landmarks stands sentry over its past.

The history of Anlaby Road includes that of the New York Hotel close to where the Tower stands now. Owned by famed hotelier Frederick – Freddy – Gamble, described as ‘popular with the ladies’ * in the 50s and 60s it had glamour and glitz, gossip and girls milling around the Hotel bar.

It is, perhaps, hard to imagine over the passage of time how impossibly glamorous the New York Hotel was in Hull’s social landscape. Despite its innocuous exterior – there were no neon flashing lights like those above Polly’s, Gamble’s other hotel bar – a series of steps took customers down to its nightspot where cocktail hour extended long past its six o’clock start.

In its heyday it was a hub, a spot to be seen in, a place to meet. Balancing on stiletto heels girls sipped drinks bought by well dressed men. Rules were there to be followed; handkerchiefs an inch above the breast pocket, ties worn. As they circulated and danced, a door was held open, a lighter flicked, hand brushing a girl’s arm.

Polished to perfection girls arrived with make up fixed; no bare faces or lipstickless-lips. The line on their stockings was straight and hair arranged ‘just so.’ If the the dress for cocktail hour had been worn already it was adjusted with jewellery or accessories or covered with a stole, to make it seem fresh off the shelves of one of Hull’s exclusive gown shops like the House of Mirelle.

Fashion rules changed after Twiggy and mini-skirts came in then the 70s changed again with glam rock and dressed-down jeans. The New York moved with the times also. The bar gave way to clubland new generations dancing and meeting as their mothers and fathers and their parents and parents’ friends had done in the post-war years.

A place to see and be seen in the ‘New York’ was a place where things happened, many a memorable event. It lasted awhile, over the years slowly disconnecting from the people who enjoyed its bar and ballroom 60 years before its last breath. Outside the facade sagged, eventually, signage fading as traffic and rain, days and nights and the years set in.

In 2014 the New York nightclub was the victim of a fire burning away the vestiges of its long remembered past. Currently slated for redevelopment its building has been demolished and a new future awaits its home.

We remember it as it was in its heydey, the place to gather and meet.  The New York bar held high in the 50s and 60s was as proud and characterful as the bustling docks that gave the city its life and heart throughout the golden years.

** Telling the story of another Hull icon Robin Dermond Horspool’s book: The House of Powolny, the Life and Death of a Hull Restaurant was published in May 2000 unfortunately since out of print. Second hand copies can be found through online marketplaces and in Hull and East Riding libraries however. A great read, it is an entertaining look-back on a social institution and the family who ran it that lasted in Hull for many years. 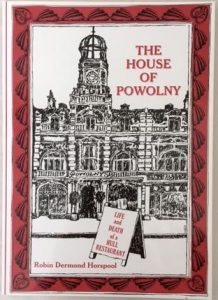