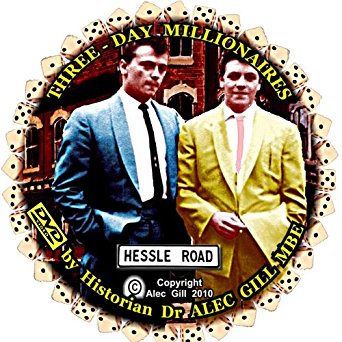 “My Dad was a skipper on the trawlers and if he’d had a good catch, he’d take Mum out and spend the money on her,” said Lynn.

When there was no response from the other side, “um. When the lads on the Trawlers came back with money in their pockets from a good catch, they’d go on a spending spree.”

“I’ve never heard it called that before,” added Lynn.

But in that change Lynn had touched on a part of Hull’s fashion history that is entirely male.

For anyone reading who isn’t familiar with the layout of Hull, Hessle Road (known as ‘Road) stretches west out from the center of Hull all the way along for many hundreds of yards paralell to the river until it finishes within touching distance of The Humber Bridge.

It is – and there’s no exaggeration in saying this – much more than ‘just a road.’

It’s got layers and layers of history that makes for fascinating study some of which Dr Alec Gill of Hull University captured in a series of to-camera interviews.

These interviews have been cut together and put onto DVD (the links are within the text.)

Hessle Road was filled with men and boys who worked in Hull’s fishing industry.

Hard work, tough work, honest work, they’d celebrate their wages by heading to the nearest tailors and getting a suit made up as fast as you like so they could take their girls and wives out looking their best before going back to the industry that paid them.

With cash in their pockets they were millionaires for 3 days, hence the name. 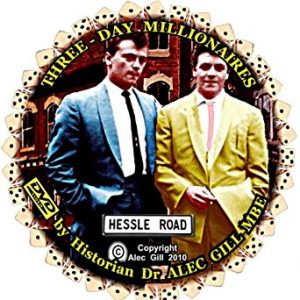 In Dr Gill’s DVD 3 Day Millionaires he interviews tailors and men about the process of designing and making the suits.

The tailors describe to camera exactly how the suits were ordered and made.

They have that relaxed, understated way of talking that belies how complicated the skills of tailoring actually are.

The men themselves explain how they chose the fabric, the cut of the jackets, the width of the waistbands and the even wider trouser legs.

They knew what they wanted and the fashion was unique.

The tailors are taken into a modern day fashion college and with fashion students sitting and sketching they talk about their designs.

You can’t help but see the difference between today and then.

It’s a truly magical film it really is.

When Lynn talked about her father returning from sea to spend money on her mother she was talking about a culture that was entirely male.

It wasn’t only the women of Hull who wore hand crafted fashion, in Hessle Road it was also the men.